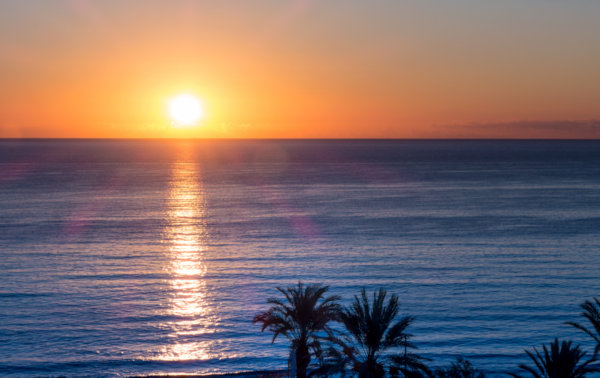 I am writing this from the porch of an AIRBNB on the Keweenaw Peninsula overlooking Lake Superior. A little bit of August vacation is a good thing. It is going to be a beautiful day and Lake Superior looks friendly and benign. Last night it was almost perfectly smooth. This morning, a little less so, although quite placid. It takes me back to another chapter in my life.

Once upon a time, I was an officer in the US Navy and spent well over a year of my life out at sea on a big gray ship with big guns on it. I spent about nine months in the Mediterranean, made many deployments into the Caribbean, and had one to the North Atlantic and Baltic Sea from September through November. I loved being out at sea, it must have satisfied the Ishmael (Moby Dick, not Genesis) in me.

But it was also a spiritual experience. Just as Lake Superior can go from friendly to deadly in very short order, I witnessed the same thing on our oceans. I experienced numerous beautiful ocean settings in the Caribbean and Mediterranean – sunrises and sunsets and a thousand shades of blue, green and gray. And I experienced some terrifying ocean storms, especially in the North Atlantic in November. How even a big ship can survive such a pounding is an amazing feat of technology and human skill. But the spiritual part of it mostly related to Genesis Chapter 1, where we are informed that God sent God’s ruach over the waters and turned chaos into order. My experiences on the high seas were often one of order and chaos. I can’t read Genesis Chapter 1 without going back to being out to sea and seeing this very thing for myself.

These contrasts of order and chaos were so intense for me that they formed a lasting set of metaphors that I seem to apply to too many things. There seems to be a continuum on which all of us live where we find our comfort level with order and chaos. Some people live toward the order end of the continuum and seek more rigidity in all that they do. Some people live toward the chaos end of things and are comfortable and even desirous of constant change and upheaval. No one lives at the extreme ends of this continuum. But we have a comfort level at different places on this horizontal continuum.

At annual conference this year, Susan Beaumont described for us what it means to live in a liminal season, where our typical orders are disrupted, and we live in some chaos, with the goal of moving again toward a different kind of order. She described for us how leaders manage this liminal season and sometimes even create it to bring on new realities. People, institutions, churches, etc. can slide along back and forth on this order/chaos continuum trying to find the right setting to accomplish what they believe their mission is.

In the Michigan Area, we are in a liminal season and we are intentionally moving away from the order end of the continuum toward the chaos end of the continuum. And the hope of course is by living in some disruption – living in this liminal season – we will create a new order which is a more vibrant and effective Michigan United Methodist Church for the making of disciples of Jesus Christ for the transformation of the world. Re-constituting the annual conferences, and going from twelve districts to nine, is intended to disrupt just enough to bring on something new. We are headed into some chaos, but we pray that it will become a positive order very quickly as we grow and live into something new.

I can’t help but apply these same realities to politics. At the extreme of the order end of the continuum is facism, where everything and everyone is so ordered that there is no room for deviation from the ruling world view. At the extreme other end on the chaos side is anarchy, where there is no room for governing principles or ordered stability.

Our President was elected by his base to disrupt the perceived order of cultural Washington DC and “drain the swamp.” After draining the swamp in chaos, then apparently according to his base, a new order will emerge based in some combination of white privilege and billionaire oligarchy (which is being mistaken for economic populism). Our most recent round of violence in Charlottesville is an example of imposed chaos in hopes of establishing a new order. But it is based in hatred. And as Christians, this is not the kind of disruption that we ever seek, and we must condemn the Charlottesville racism, hatred and violence for what it is.