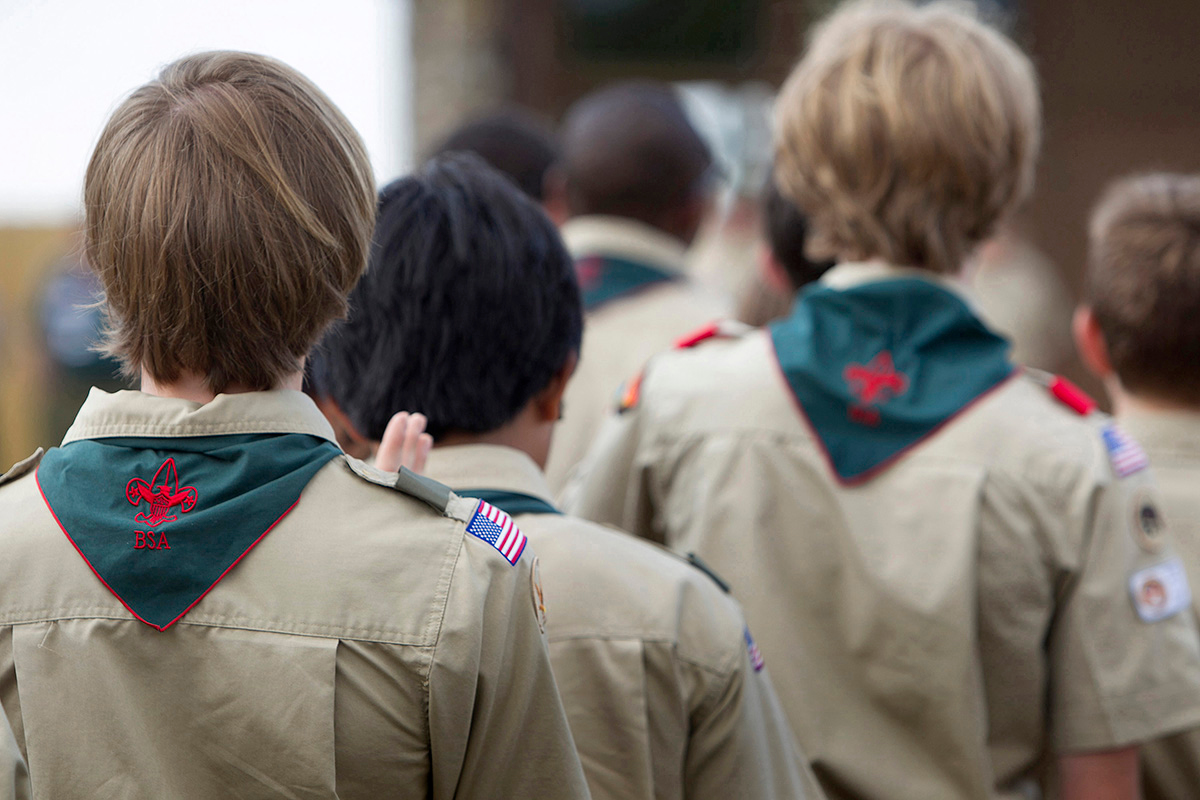 All churches that have chartered programs with Scouts, even if the programs aren’t currently active, are urged to file a “proof of claim” by 5 p.m. U.S. Eastern time on Nov. 16.

A Nov. 16 deadline is approaching for churches to file paperwork intended to shield them from any potential liability stemming from a class-action lawsuit against Boy Scouts of America over past sexual abuse claims and the organization’s bankruptcy filing.

The Boy Scouts of America sought Chapter 11 bankruptcy protection in February in an effort to put on hold scores of individual lawsuits and establish a class action settlement for claimants who say they were molested as a youth by Scoutmasters or other leaders.

Over 90% of the claims date back more than 30 years. The Chapter 11 action is intended to allow the Boy Scouts of America to reorganize and restructure its finances while continuing to operate.

The General Council on Finance and Administration sent notice Oct. 21 to conference chancellors, treasurers, and bishops, urging them to organize any local churches that have chartered Scout programs, even if the programs aren’t currently active, to file a “proof of claim” by 5 p.m. U.S. Eastern time on Nov. 16.

Though conferences are organizing the process, they cannot file on churches’ behalf. Churches should reach out to their conference office if they’ve not yet been notified.

“This recommendation was the result of several weeks of conversations within the denomination on the potential impact of the bankruptcy and what responsive actions were needed,” said Bryan Mills, general counsel for the Council on Finance and Administration. “From a legal perspective, it became evident that this first step of having churches file claims provides the most protection for churches going forward.”

A proof of claim is a form that creditors must file with the court before they can receive payment in a bankruptcy case. The hope is that it will benefit churches by bringing them under the umbrella of the bankruptcy court’s protections and might allow them to collect from the Boy Scouts should they be sued.

When a local church signs a charter agreement to sponsor a Scout program, the church is effectively responsible for conducting the program in its entirety, including selecting and screening adult volunteers. That agreement could create liability in a sexual abuse claim.

The Boy Scouts’ bankruptcy could not only eliminate its debts but also potentially extinguish liabilities related to future claims. Though indemnification clauses in the charter agreements historically protected churches from liability, bankruptcy could leave those charters vulnerable.

The original plan submitted to the bankruptcy court by the Boy Scouts includes protection for charter organizations. The judge sent the proposed plan to third-party arbitrators, who may decide against accepting the entire proposal, making any charter organization a possible target for litigation.

The Council on Finance and Administration’s recommendation to file a proof of claim is a preventative measure that could ensure churches have continued access to the insurance coverage the Boy Scouts provides.

“We’re protected now, but the fear is the arbitrators might decide to separate the charters and go after churches as well,” said Gilbert C. Hanke, top executive of the Commission on United Methodist Men.

In a letter sent to conference treasurers, Mills wrote, “The message has been clear from each bankruptcy lawyer I have spoken to: We need to do everything in our power to get as many of those local churches to file Proofs of Claim as is humanly possible.”

Steven Scheid, director of United Methodist Men’s Center for Scouting Ministries, said charters need to be told “that everyone needs to get in.”

“The Catholic Church scandal set a strategic pattern for how to go to court after large organizations with assets,” Scheid added.

Churches are being cautioned not to simply suspend their Scouting programs, thinking doing so will protect them from liability. Since the deadline for filing abuse claims against the Boy Scouts is also Nov. 16, ending a scouting charter would not absolve a church of any claims made before that date.

“It may not matter if you think your church has nothing to do with a BSA unit other than allowing them to use space for meetings. … If your church had been a Charter Organization going back over 50 years ago, your local church may still be fully responsible for damages arising out of sexual molestation that far back,” Greater New Jersey Conference chancellor Sandy Brown explained in a statement to local churches.

“Getting out of your charter today changes nothing legally. It only hurts youth and the church,” he said. “Scouting opens a door so wide to have communication about faith, and we don’t get those very often. How could a church walk away from that brave place of being in ministry?”

Amanda Vogt, social media chair for Boy Scouts of America’s National Religion Relationships Committee, said a church Scouting charter “is often the only opportunity children may have for a relationship with God.”

Vogt, a member of a Missouri church, Salem in Ballwin United Methodist Church, said, “Pre-COVID-19, our church averaged two to three youth on a Sunday, but our Scouting unit had over 120. It is also multifaith. If a young person’s faith community doesn’t offer Scouting, they come here.”

The United Methodist Church charters more Scout organizations than any other denomination in the U.S., and this year marks the 100th anniversary of the formal relationship between the denomination and the Boy Scouts of America.

Hanke said that United Methodist Men continues to support Scouting, citing it as a vital ministry.

“Any church in any community can welcome that community inside its doors every week when they sponsor a Scout program,” he said, noting how Scouting molds children to be future leaders.

“I’ve had calls from churches who’ve reached out to tell me that they are absolutely committed to continuing Scouting,” Hanke said. “Those conversations make us feel better about this situation.”