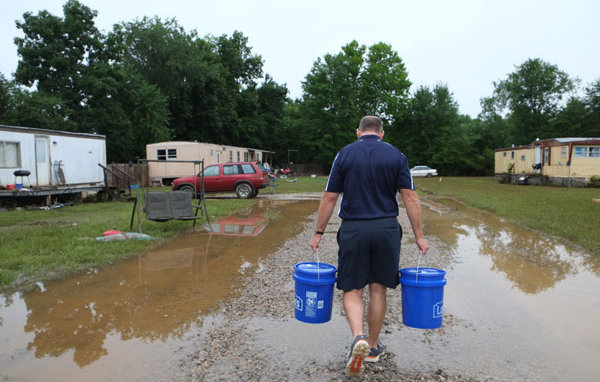 Days of torrential rain inundated the state of Louisiana, beginning August 11. Flooding impacted at least 40,000 homes, and about 30,000 people and 1,000 pets have been rescued from high water in homes and cars. At least 11 people are known to have died in the disaster.

The United Methodist Committee on Relief (UMCOR) issued an emergency grant to the Louisiana Annual Conference, releasing 2,950 cleanup buckets to United Methodist churches in LaFayette and Baton Rouge, areas severely affected by the floods, for distribution to affected households.

UMCOR stands ready to release another 2,000 cleanup buckets to go to the most vulnerable places as identified by the Louisiana Conference, as more cleanup buckets are being assembled to meet more needs.

The state of Mississippi also was affected by flooding, and UMCOR has readied relief supplies to go there, when the water recedes.

If you would like to help replenish our supplies, you can make monetary donations to UMCOR Material Resources, Advance 901440 or send supplies to Midwest Mission Distribution Center.