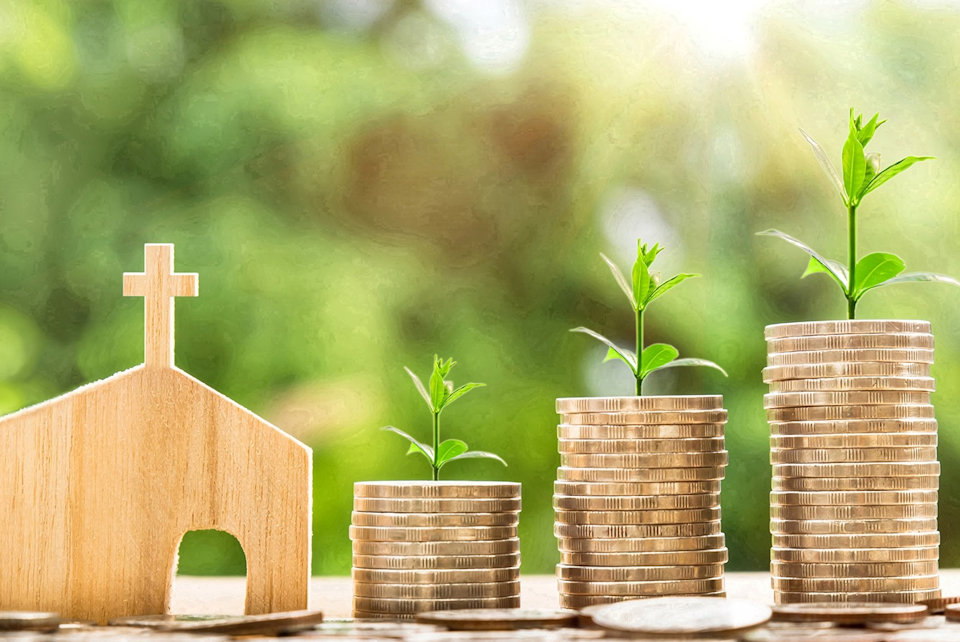 Wespath Benefits and Investments, the United Methodist pension agency, is working to prepare for whatever happens at the 2019 special General Conference. ~ Pixabay/Nattanan Kanchanaprat, courtesy of Pixabay/ adapted by UMNS

Wespath, the United Methodist pension agency, wants clergy and lay workers to know accrued benefits are safe, no matter what.

However, Wespath Benefits and Investments is also looking at ways to ensure the benefits’ long-term sustainability.

“As the whole world is changing, one thing we hope you can count on is Wespath and your benefits being there when you need them. That’s our focus.”

Wespath is the name under which the United Methodist Board of Pension and Health Benefits does business. Among other tasks, the agency manages investments for pensions and other retirement-plan assets on behalf of conferences, which are plan sponsors and legally responsible for paying benefits. In addition, the agency manages assets for more than 100 other United Methodist-related institutions.

Agency staff are doing whatever they can to prepare for the denomination’s uncertain future, and that means taking steps to make sure conferences can meet their pension obligations without disruption.

United Methodist bishops have called the special session of the denomination’s top lawmaking assembly for Feb. 23-26, 2019, in St. Louis, with the aim of ending the church’s longtime impasse over homosexuality, which has threatened to splinter the denomination.

A report by the Commission on a Way Forward, including three plans for the denomination’s future, will be on the table. Also under consideration will be any legislation deemed in harmony with the bishops’ call for the special General Conference.

For more than a year, a planning team at Wespath has been looking at the possible outcomes.

The commission’s report includes an appendix on pages 85-93 that contains Wespath’s analysis, including a look at the report’s three plans — One Church, Connectional Conference and Traditional.

Whatever happens, Wespath is urging delegates to pass legislation in 2019 to require any congregation departing the denomination to pay, at a minimum, its fair share of unfunded pension liability for their conference.

“Any given local church has a whole history of clergy who have served it,” Boigegrain said. “When they pay pension contributions, they aren’t paying it only for that clergy person that’s in the pulpit right now. They are essentially contributing on behalf of all the clergy that have gone before because the benefits are funded over time and collectively.”

Legislation intended to ensure exiting churches don’t simply abandon their pension responsibilities is in all three plans. Wespath recommends such legislation in the event that any of the plans, or in fact if no plan, prevails.

All three plans in the commission report may present risks to conferences’ financial health, according to the Wespath analysis.

The One Church Plan, which a majority of bishops support, aims to preserve the denomination in its current form. It leaves questions of whether to allow same-gender weddings up to local churches and gay ordination up to conferences.

However, if the One Church Plan is amended to include an exit avenue for churches or allow the creation of affiliated autonomous churches in the U.S., that could diminish conferences’ ability to pay, Wespath said.

The Connectional Conference Plan allows conferences and churches to realign based on perspectives on LGBTQ ministry.

Boigegrain wrote in the United Methodist Publishing House’s Circuit Rider about what restructuring can entail, using as an example the 2010 merger of four conferences into the Upper New York, Susquehanna and New England conferences.

The merger, she wrote, required carefully tracking and reallocating pension obligations from more than 1,200 churches. The work took the agency two years and 7,000 labor hours to complete. The Connectional Conference plan could prove even more complicated.

“Everybody’s benefits would be protected and everybody would get whatever they’ve already accrued. But they would have to adopt a different plan going forward.” ~ Barbara Boigegrain

The Traditional Plan seeks to increase enforcement of bans related to same-gender unions and gay clergy. That includes requiring conferences to pledge to abide by church rules on homosexuality or form their own self-governing denominations.

The plan risks conferences as well as individual churches changing their connection with The United Methodist Church, Wespath notes. In addition, local churches and clergy — including retirees — who are part of a departing conference could choose to remain affiliated with the denomination but without a conference to sponsor their plan.

“The administration of earned service and the related past and future funding would be challenging, and subject to ongoing changes,” Wespath said in its analysis.

The Traditional Plan includes legislation to mandate that conferences that form self-governing denominations still fully fund their obligations to The United Methodist Church’s Clergy Retirement Security Program. However, the former conferences’ part of the plan would be spun off from the remaining United Methodist plan, and their accrual and benefit improvements would cease.

Wespath advised that this pension provision of the Traditional Plan legislation be included, in the event delegates pass legislation allowing conferences to leave.

However, any new self-governing denomination would need a new plan to replace the Clergy Retirement Security Program.

“Everybody’s benefits would be protected and everybody would get whatever they’ve already accrued,” Boigegrain said. “But they would have to adopt a different plan going forward.”

Similarly, under all three plans, any clergy members who depart the denomination would be treated as “terminated vested” participants, meaning their accrued benefits would be safe but they could not add benefits.

No matter whether any particular plan wins support or none does, Wespath is looking at proposing changes to the clergy retirement program at the 2020 General Conference.

“I really think it’s important to be able to say: ‘Your benefits are here no matter what.'” ~ Barbara Boigegrain

Specifically, Wespath wants to move active clergy from a plan that combines both defined-benefit and defined-contribution components to one that is entirely based on defined contribution.

A defined-benefit plan provides a monthly pension payment for life, with the employer (in this case, conferences) assuming the investment risk. A defined-contribution plan — like the 401(k) plans most U.S. corporate employees now have — provides an account balance to use during retirement, with the clergyperson assuming the risk of sustaining the money through the end of his or her lifetime.

“In any model, a defined-contribution plan is the most flexible and sustainable design to meet the needs of the church beyond 2019,” the Wespath analysis said.

“One of our purposes I feel throughout this whole process is to continue to be a non-anxious presence and be here for people that we serve long-term,” Boigergrain said. “I really think it’s important to be able to say: ‘Your benefits are here no matter what.'”