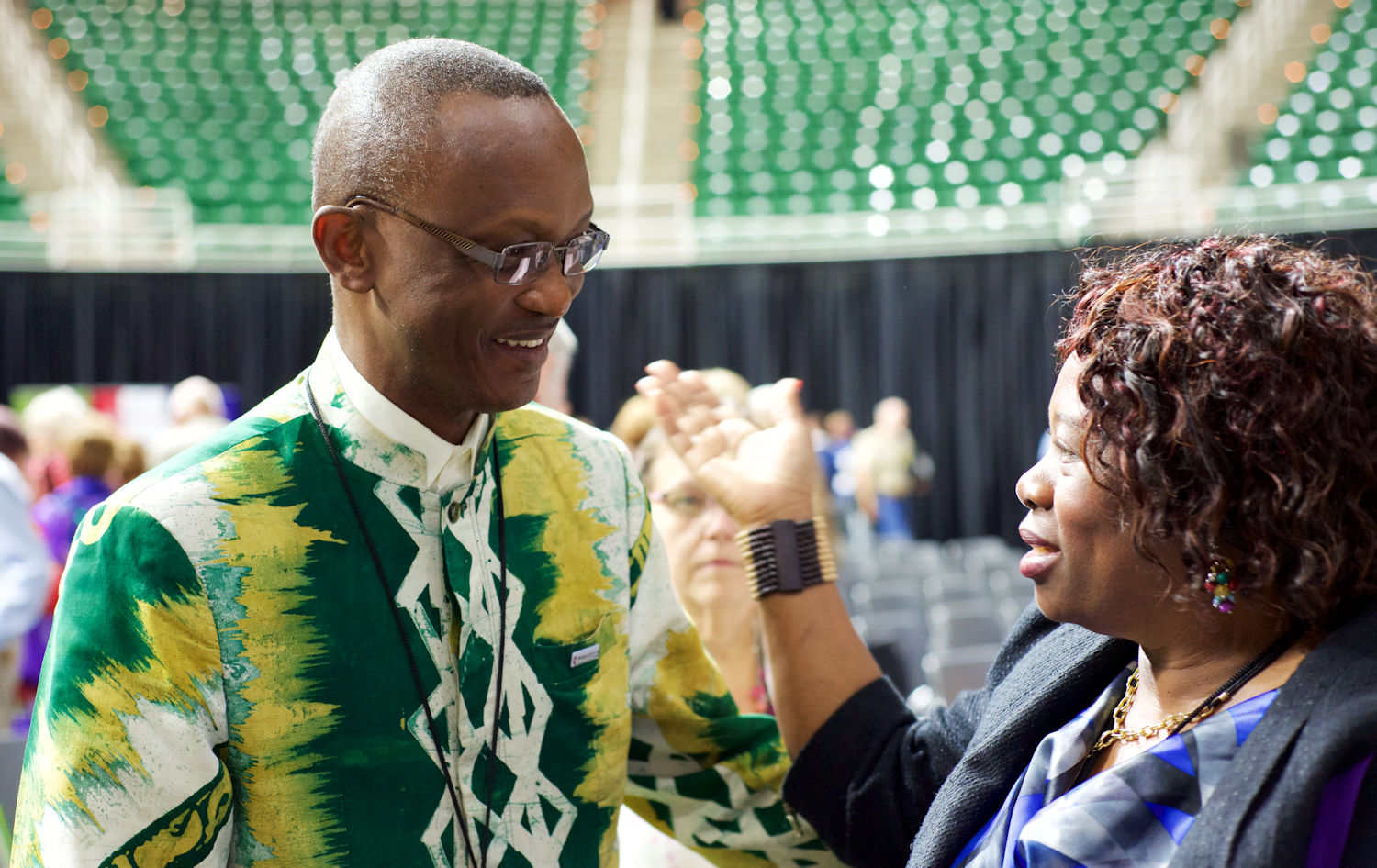 Michigan conferences endorsed three episcopal nominees. Learn more about these servant leaders and the next steps.

“A creative spirit and the ability to innovate and lead in change.”

“A deep spirituality that undergirds everything, always trying to discern God’s way forward.”

These are the responses of the three episcopal candidate endorsed by the Michigan conferences when asked, “What are your unique gifts for the office of Bishop?”.

Rev. Kennetha Bigham-Tsai, the Superintendent of the Lansing District, referred to her ability to understand the dynamics of change and the grief which can accompany it. Kennetha believes she has an ear to attend to the language of change and to walk with people through grief to new life. She identified herself as a “reconciler, reconciling people to God and to each other.” As an example of this, she spoke of her work in the General Conference sub-committee on abortion which was able to come to a consensus on this difficult issue. As a member of the General Conference Connectional Table, Kennetha was part of the work around LGBTQI concerns and supported the recommendations of the Connectional Table as a way of acknowledging the differences and allowing for a variety of convictions on the subject. She believes the proposal of the Bishops to create a commission to address human sexuality is our best hope for resolution and adamantly believes we are “stronger together” as a church.

Rev. Laurie Haller currently serves as the Co-Senior Pastor of First United Methodist Church of Birmingham, MI, the largest church in the Detroit Conference. She sees her openness to God’s spirit and her ability to listen and discern where God might be leading as her key strength. Laurie has demonstrated that gift in effective and successful leadership in both small and large membership churches and leadership in the annual conference and general church. “If you ask the right questions,” she says, “the first of which is ‘who needs to be at the table to help us make the right decisions?’, you can come to a more successful outcome.” Laurie’s proven track record in creating new and sustainable ministries in churches of every size, in ecumenical urban ministries like Justice For Our Neighbors, and as a District Superintendent in the Grand Rapids District comes from her willingness to go into every situation  “…with a blank slate” and an openness to the work of the Spirit in the gathered community.

Rev. Charles Boayue, Jr. is the Superintendent of the Detroit Renaissance District. A native of Liberia, Charles says that since the Bishops are called to give leadership to the global church, his experience in the poorest and wealthiest parts of the world, in small Liberian villages and the urban center of Detroit gives him an understanding which is unique among the episcopal candidates. He says, “I am a villager on the inside, which means I believe in the relationships of the village where no one is a stranger.” Charles already has a network of relationships with people around the world which will enable him to be effective in the bishop’s role as a global leader.

Rev. Laurie Haller and Rev. Kennetha Bigham-Tsai were endorsed by the joint delegation of the West Michigan and Detroit Conferences prior to General Conference.  The delegation considered six possible candidates, interviewed four and decided to endorse the Revs. Haller and Bigham-Tsai.The West Michigan Conference offered their endorsement of both candidates with overwhelming support in one motion. The Detroit Conference voted to endorse Rev. Boayue by 60% on a ballot which included Haller, Bigham-Tsai and Rev. Jerry Devine, Detroit Conference Director of Connectional Ministries. These endorsements will go to the North Central Jurisdictional Conference in Peoria, IL on July 13-16, 2016.  (The conference will be live-streamed at www.umc.org)

In response to a second question –“What do you believe are the most important things a bishop can do?”—Rev. Haller said, “The first is to set a tone for the annual conference by how you conduct yourself and how you treat people.” She immediately alluded to Bishop Deborah Leider Kiesey whom she said, “came without an agenda, came to listen and to hear and to gather people around her leadership.” Using Bishop Kiesey as an example she said she believes establishing trust is the first duty of the bishop because “without trust you have no power to lead.”

Similarly, Rev. Bigham-Tsai believes one of the most important things a bishop can do is “..to inspire and impassion and align leadership around a common mission and vision.” She also used Bishop Kiesey as an example of that kind of leadership.

Rev. Boayue believes the first thing a bishop can do is “envision the life and ministry of the church in the world and nurture the relationships and leadership to implement a Biblically-based, truly relevant vision.” He feels his intervention at General Conference in bringing African and Michigan delegates together contributed to the approval of the Bishop’s proposal for a commission to deal with human sexuality.This kind of leadership, he believes, is central to the role of the Bishop.

Finally, all three candidates agreed that the current division over homosexuality has the potential to divide the church, but all three are hopeful we can find a way forward where there will be room for our diversity and still remain UNITED Methodists. Laurie Haller said in order for that to happen people must be willing to “…come to the table with a willingness to give up something in order to find common ground.  We can do it if we are willing to listen and to be open to the spirit with no predetermined outcome in mind.” Kennetha asked, “Can we find a middle ground? We can, if we choose to—that’s the issue.” And Charles added, “I am all for unity because there is no biblical basis for dividing. We must stay together and find our way through.”

The North Central Jurisdictional Conference will elect four bishops to replace the four who are retiring including our own Bishop Kiesey. Currently there are 12 candidates who have been endorsed either by their respective delegations, their home conferences or various caucus groups. This list also includes Rev. Jerry Devine, Detroit Conference Director of Connectional Ministries, who has been endorsed by several ethnic minority caucus groups.

The likelihood is that one of the four newly elected bishops will become the bishop for Michigan Methodism. Therefore, Jurisdictional Conference delegate Rev. Joy Barrett says, “Every time I cast a ballot I will be asking, “Would I want this person for my Bishop?”