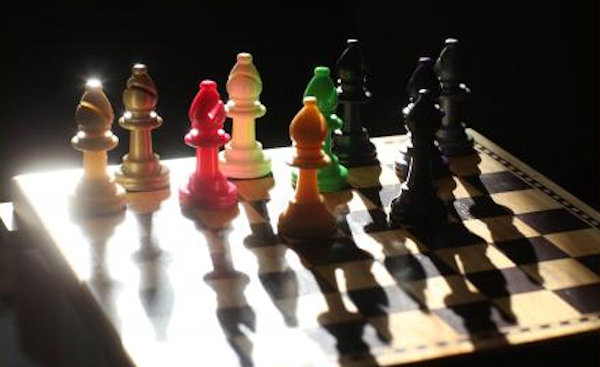 General Conference Legislation calls for end of  the life-long term for episcopal leaders.

In the United States, United Methodist bishops are somewhat like U.S. Supreme Court justices who serve for life.

But in some other regions of denomination, bishops are more like the U.S. president who faces re-election and can serve only a set term.

Multiple legislative proposals going before the 2016 General Conference would change that, requiring bishops to have term limits, and in some cases, face voters again. The denomination’s top lawmaking assembly will consider those proposals when it meets May 10-20 in Portland, Oregon.

One of the groups pushing for change is the Association of Annual Conference Lay Leaders, which has members from throughout the multinational denomination. The association also is leading an effort to eliminate guaranteed appointments for ordained elders.

“I think it’s absolutely critical for accountability for our bishops,” said Lonnie Brooks, lay leader for the Alaska Conference, a General Conference delegate and legislative committee chair for the lay leaders’ association.

“If the proposal that’s on offer from the association is the one that prevails, a mid-career election can be a tool for accountability,” he continued. “Your first term better be a good one or you won’t be re-elected.”

The association’s legislation would limit all United Methodist bishops to an eight-year term with the possibility of being re-elected to one additional eight-year term. The legislation also would remove retired bishops from the Council of Bishops and have their membership revert to the annual conference of their choosing.

At present, retired bishops have voice but not vote at Council of Bishops meetings. Unlike Supreme Court justices who serve until they die or retire, bishops have a mandatory retirement age of 68 to 72, depending on when their birthday falls. The goal is to avoid bishops reaching the mandatory clergy retirement age of 72 in the middle of their four-year terms. But bishops can serve in a variety of capacities post-retirement.

Knowing such proposals were likely heading to General Conference, the Council of Bishops in late 2013 established a task force to study episcopal tenure. The group’s final report did not recommend any action but mainly aimed to familiarize bishops with the issues surrounding bishop term limits.

“We thought it best to research, reflect and share in discussion about the history and the possible proposed changes,” said Iowa Area Bishop Julius C. Trimble, the task force’s chair. “We are servant leaders of the church and want what is best for the mission of making disciples of Jesus and transforming the world.”

Bishops do not vote at General Conference.

Any change to U.S. bishops’ terms of office requires amending the denomination’s constitution — a high bar.

A constitutional amendment first requires a two-thirds majority vote at General Conference. Then, it must win a two-thirds majority of the total voters at annual conferences. If an amendment at the 2016 General Conference is ratified, the bishops would not certify the results until spring 2018 at the earliest. The proposals would not affect bishops elected before 2020.

At the 2012 General Conference, delegates voted 463 to 462 in favor of U.S. bishops having a term of eight years, with the possibility of re-election. But that vote was well short of the necessary super-majority.

At present, the constitution says U.S. bishops get life tenure while allowing central conferences — church regions in Africa, Asia and Europe — to set the tenure of their respective bishops.

That means how long a United Methodist bishop serves largely depends on where that bishop is elected.

In the Northern Europe and Eurasia Central Conference, a bishop serves an eight-year term with the potential of being re-elected to an additional four-year term. If after 12 years the bishop is too young to retire, the bishop returns to his or her annual conference as a pastor and surrenders “episcopal status.”

In the Philippines Central Conference, the three bishops face re-election every four years.

The bishops’ task force report, among other issues, raised concerns about such wide variation in practice and asked whether it was time to unify bishop tenure.

Brooks of the lay leaders’ association said there was almost no debate among his group that all bishops should have term limits. The main disagreements, he said, centered on how long their term of office should be.

Fort Worth (Texas) Area Bishop J. Michael Lowry urges United Methodists to reflect on the proposals with thoughtfulness and prayer. Lowry served on the task force that studied bishop tenure.

While stressing he did not speak for the group, Lowry said he personally opposes bishops losing life tenure.

He raised some of the same concerns that some United Methodists have raised to ending guaranteed appointments for elders. “I think it will inhibit the prophetic stance of leadership,” he said. “It will mean bishops are looking over their shoulder.”

He added that he also thinks term limits will lead to an older Council of Bishops because younger potential episcopal candidates will be unsure of where they can serve after a bishop term is done.

However, Anne Soles — the West Michigan Conference’s lay leader — said she thinks having term limits and reducing the role of retired bishops will encourage fresh ideas among episcopal leadership. “The number of retired bishops we have creates an imbalance,” she said. “The denomination would be better able to transform without quite so many retirees at the helm.”

The Rev. Ted Campbell, professor of church history at Southern Methodist University’s Perkins School of Theology in Dallas, sees term limits as an attempt to deal with bishops who prove ineffective in the work of supervision.

“Right now, the only option seems to be to terminate them both as a bishop and as clergy,” Campbell said. “There’s got to be a better way.”

In 2012, the South Central Jurisdiction Committee on the Episcopacy sought to compel the retirement of Bishop W. Earl Bledsoe, citing concerns about his administrative skills. But the Judicial Council, the denomination’s top court, ruled that the committee did not follow fair process and ordered Bledsoe reinstated as an active bishop and reassigned.

Campbell, like Lowry, thinks bishops should be elected for life. But he also thinks there should be a way to reassign bishops to another ministry if episcopal leadership turns out not to be their gift.

Philadelphia Area Bishop Peggy A. Johnson, another member of the task force on bishops’ tenure, said she can see both pros and cons in instituting term limits across the board.

Life-tenured bishops provide important institutional memory and mentoring for newer bishops, she said. Johnson also said that bishops can face a steep learning curve, and eight years may be too brief a time for bishops to offer gifts to the church that only long experience can bring.

However, she said having pastors with a bishop’s experience back in the parish would be a gift to the local church.

“Something would be lost and gained either way,” she said. “We pray for wisdom for the voting delegates.”