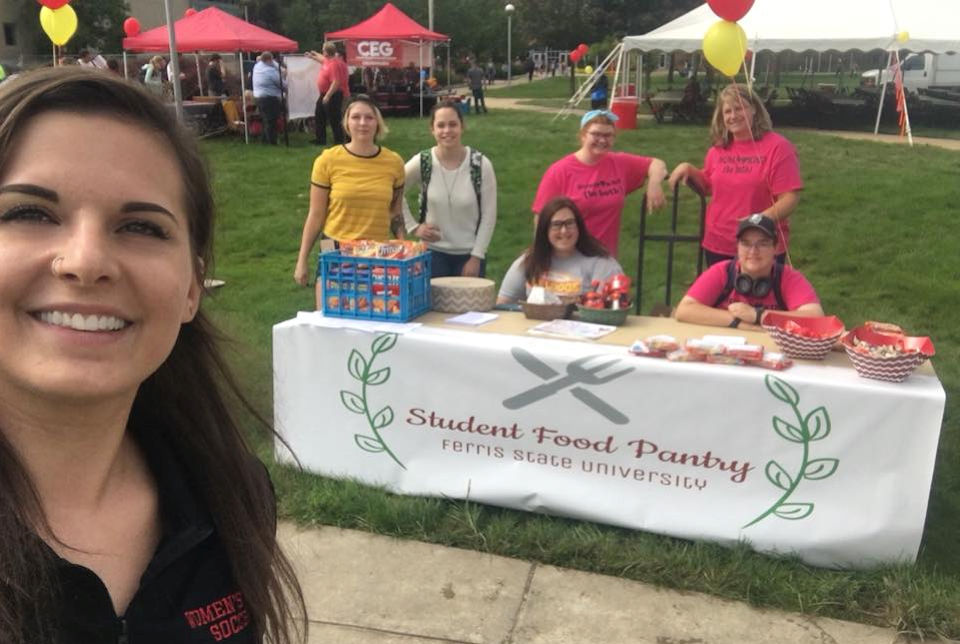 The EncounterMICall initiative is providing the opportunity for 18 young people in Michigan to discern their gifts and to put those gifts to work for God in the world.

Every year the Lewis Center for Church Leadership, part of Wesley Theological Seminary in Washington, D.C., reports on clergy age trends in The United Methodist Church. This year’s report, like those before it, reveal that clergy are graying. Young deacons (those under 35) make up 12% of the 999 total active deacons in the nation. About 7% of the 13,669 active elders are under 35.

Here in The Michigan Conference, there are currently 21 elders and 2 deacons under 35 years of age.

The 2012 General Conference recognized the challenge and established the Young Clergy Initiative (YCI). A $7 million fund was established, designed to “increase the number of young clergy among the jurisdictional conferences.” The initiative was developed for a three-quadrennia period (12 years) to be reassessed every four years at General Conference.

In the first quadrennium, 78 grants were supported using the allotted funds. The amount disbursed in that period totaled about $5.5 million, as the funds available are dependent on giving to the World Service Fund. Those first YCI grants were awarded in 2014 and Michigan received $64,000 at that time.

EncounterMICall was designed in the fall of 2014 by three clergy in the Michigan Area — Revs Paul Perez, Carl Gladstone, and Lisa Batten. EncounterMICall established a network of interns sent from college campuses to be mentored in local churches.

The 2016 General Conference earmarked another $7 million for YCI and in August of this year the leadership development agency of The United Methodist Church, the General Board of Higher Education and Ministry (GBHEM), selected 21 grant recipients. Once again, EncounterMICall, is among those grant recipients.

This school year, 2018-2019, there are 18 EncounterMICall interns; 16 are working in local churches and 2 with non-profits. “We have expanded the original program to include non-profit sites so that interns may discern a call toward ministries served by deacons,” Batten explained.

Interns are hired for 10 hours a week at $9.50 an hour. They are employed for 16 weeks in the fall and 16 weeks in the spring. “Placement sites are not just getting cheap labor,” Lisa says. “Sites pay $1,000 and agree to invest in mentoring the young person.” Lisa’s role is to make sure there are clear job descriptions and proper supervision. Interns participate in weekly sessions, alternating between mentoring by the site supervisor and group meetings with fellow interns and Wesley Directors for additional support and leadership development. All interns gather in retreat settings three times a year: orientation, anti-racism training, and discernment wrap-up.

Big Rapids five
Perhaps the best way to understand EncounterMICall is to hear from a Wesley Director and the interns under her care. The Rev. Devon Herrell is the Director of Big Rapids Wesley House. But in addition to her ministry on the campus of Ferris State University, Devon is pastor of three churches on the Midwest District: Big Rapids: Third Avenue, Paris, and Rodney UMCs. When it comes to EncounterMICall, Devon serves a dual role. She is the site supervisor for three interns and the Wesley Director for them and two more.

Two students – Sierra Oliver and Sarah Wood – are interns at Big Rapids: First UMC. Sierra is involved in children’s ministry and technology. Sarah, in her second year with the congregation, serves as the youth group leader for young people in grades 6-12. “I am giving them a toolbox for moral issues,” Sarah says. She adds, “Mainly I am guiding the youth to help out their community and their church.”

Lauren Thayer interns for Devon in her campus venue. “I run the food pantry on campus, keeping it open and stocked,” Lauren explains. Now in its third year of operation, the food pantry located at Wesley House serves an average of 25 students a week. This placement beyond the local church offers a broad interaction with the university, students, and donors within the community.

Katy McCall and Jordan Brinker partner with Pastor Devon in her ministry to three congregations. Katy is in her second year as the congregational care helper. “I send cards to members and visit members in the hospital or in nursing homes,” she reports. She will also be involved in community outreach at Thanksgiving and Christmas. Jordan designed and launched a youth program for teens at Third Avenue UMC. “We play games, eat dinner, talk about Jesus and pray for their week ahead,” Jordan says.

“With the amount of work that I have as a pastor,” Devon says, “I could not have started a youth group or done the kind of caring and outreach that Katy and Jordan do. They fill in the gaps.” An added benefit is that the congregations in Big Rapids also feel a more significant connection to Wesley House because of the presence and work of the interns.

‘Used by God’
Devon adds, “The most important thing I do as a Wesley Director is to work with these interns. It is about them having an experience of ministry in which their skills can be used by God in a way that impacts other people’s lives.” She continues, “That’s way more helpful than getting a job in the dining hall. They are paid minimum wage, but EncounterMICall is a great opportunity compared to other options.”

The students appreciate the opportunities EncounterMICall provides. “The older people who I visit or send letters to are not used to young people having an interest in their lives,” Katy observes. “I think this job has been very self-fulfilling and a great call from God.” Sarah reflects, “This experience has brought me leadership and time management skills balancing school and the internship.” She adds, “I’ve been part of the LeRoy church my entire life. I grew up with it and want to contribute myself to it.”

Lauren admits that “I kind of stumbled into the job of running the food pantry when I came looking for volunteer hours.” But stumbling can be a God-thing as she goes on to say, “This job has been great. I have seen an aspect of this community I never knew existed. Now I know how much the community cares and how much they are willing to support each other.”

Jordan didn’t really know what she wanted to do with her life. While she loved working with teenagers, she knew she didn’t want to be a teacher. “After this internship,” Jordan says, “I am headed for seminary. My internship has helped me to think about what’s next.”

Lisa Batten celebrates the role the state’s Wesley Foundations play in EncounterMICall. She explains that the Wesley Foundations received no extra conference funding for this initiative. “This is seen as a ministry within their usual ministry,” Lisa notes. “It’s already in the DNA of campus ministry to mentor young people into a vocation and to help them see where their Christian faith intersects with work in the church or to see their work outside the church as a place to live out their faith.”

EncounterMICall provides the opportunities to practice and to explore, in the workplace, conversations that began at Wesley.

“We could not do this without the grant from the General Board of Higher Education and Ministry,” Lisa emphasizes. The grant pays two-thirds of the payroll for interns plus expense related to training and retreats. Such grants are made possible through payment of the World Service portion of a church’s Ministry Shares.

And the Michigan Conference could not do EncounterMICall without the support of dedicated Wesley Foundation Directors. “My favorite part of this and any ministry is watching people realize their gifts and put those gifts to work in a positive way in the world,” Devon Herrell asserts.

She concludes with a thought that summarizes the worth of the Young Clergy Initiative and Michigan’s expression of it. “There are not many places in life where we have the opportunity to explore a vocation that is not just a job.”