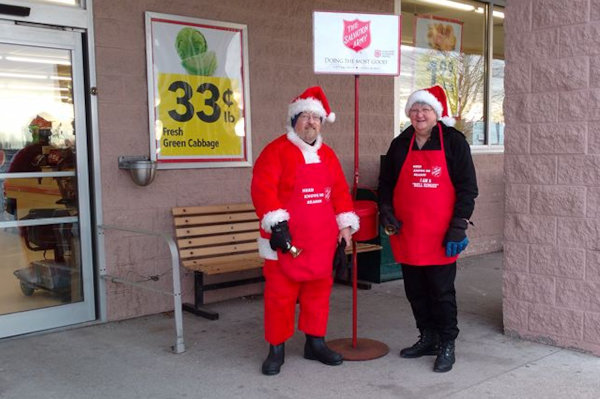 Red Kettles are a familiar sight this season, but do you know their Methodist history?

The red kettles and ringing bells of The Salvation Army are a familiar part of the Christmas season. Less familiar is the story of how this 165-year-old organization traces its roots to a British Methodist preacher who found his calling serving the poor.

Dale Patterson, General Commission on Archives and History: “In many communities, they became one of the first safety nets, what we might call today a social safety net. When people were down and out on their luck, they were able to go to this place. They could get a hot meal. They could sometimes maybe find work. They could worship.”

Church historian Dale Patterson says The Salvation Army has a strong link to Methodism. The organization was founded in 1860’s England by British Methodist preacher William Booth, a pastor in London who sought to bring the lost souls, the poor, hungry and homeless to Christ.

Dale Patterson: “Salvation Army theology is very Wesleyan. It is very much part of a larger tradition we often refer to as the holiness tradition. So, they look for the positive work of God in the souls of all people.”

The American Civil War had just ended, the British Empire was growing, military images were familiar. This provided a framework for organization.

Dale Patterson: “So he said, ‘We need to be an army for the Lord. We need to provide salvation through our army. Heart, mind and soul, how do we reach out to these people?’”

From the earliest days, The Salvation Army opened free kitchens and thrift stores. The ministry came to the U.S. in the 1880’s.

The red kettles first appeared in 1891 in San Francisco as a way to raise money to feed 1000 people Christmas dinner. The idea quickly spread.

Today, the kettles raise more than 100 million dollars each year to provide food, shelter, and disaster relief and The Salvation Army continues in the Wesleyan tradition to serve physical and spiritual needs in 128 countries around the world.