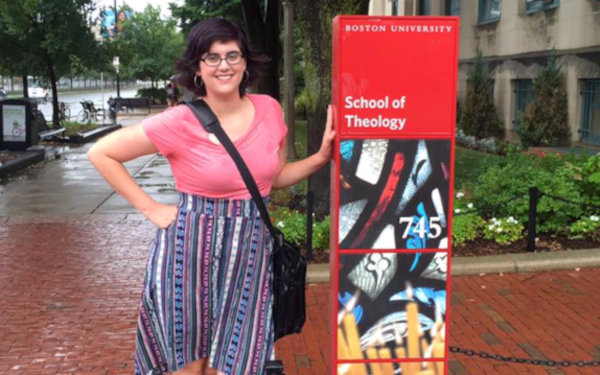 A young woman from Port Huron and her classmates describe what they’ve learned in seminary.

“Three United Methodist women sit in a classroom, sipping coffee and tea on a cool Saturday morning in December. This could easily be the first line of a joke, but it’s the reality for us; first, second, and third year Masters of Divinity students at Boston University School of Theology.

“The world of seminary is an exciting place, full of new experiences and an overwhelming amount of theological reading. While these insights are unique to our context and our privileges, we wanted to share some of the ideas we’ve learned in seminary so far.”

That’s the opening of a two-part reflection shared in the Pacific Northwest Conference News. One of the young women, Elizabeth Hurd, is in her second year at Boston University School of Theology with the hope of returning to the Michigan Conference as an Elder. Elizabeth calls Port Huron: First United Methodist Church Home. She served five summers as a Mission Intern in the Detroit Conference and has served as a counselor at Lake Louise Camp.

The other two women, Bailey (third year) and Maggie (first year), are from Alaska and Tennessee respectively.

Take these links to hear their reflections on the Master of Divinity journey: