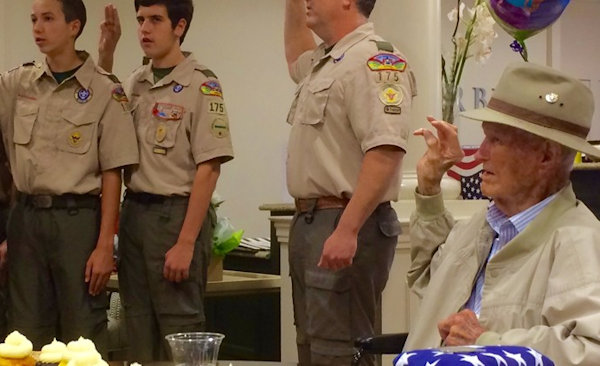 The North Georgia Conference reports that the oldest living Eagle Scout is a member of Hopewell UMC.

At 105 years old Mr. Lamar Wallace, a member of Hopewell UMC in Tyrone, is thought to be the oldest living Eagle Scout. The superlative has gotten him quite a bit of attention in recent months.

This month his story was shared in Scouting Magazine.

His pastor, Rev. Jenny Anderson, said that Mr. Wallace is beloved by his church and that many in the congregation consider him family. When he moved to assisted living in the spring the congregation helped with the move.

“He is very important to Hopewell,” said Rev. Anderson. “He held every job in the church and is loved and respected by the congregation.”