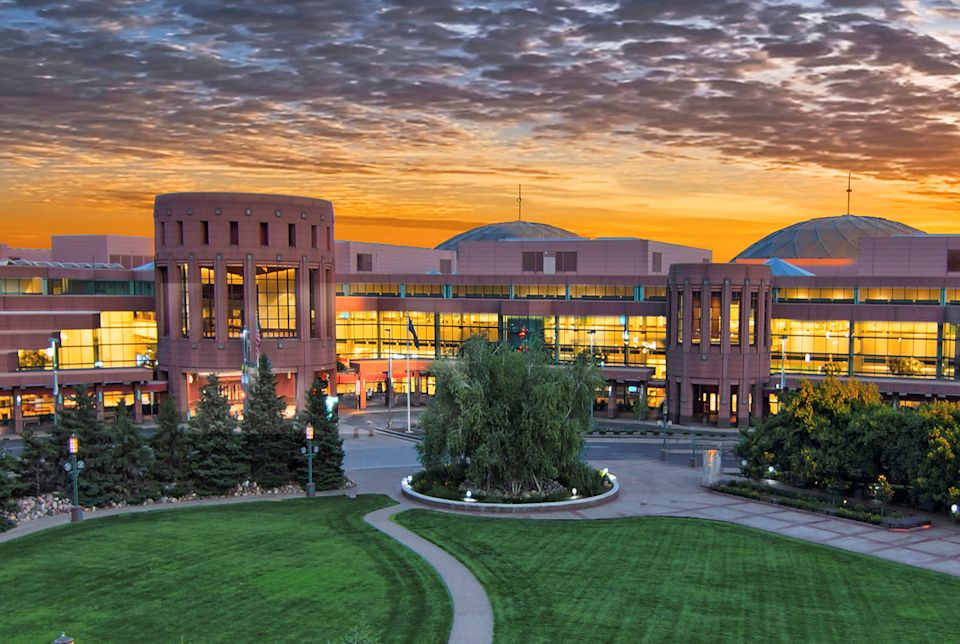 The Minneapolis Convention Center — scheduled to host the 2020 General Conference — announced it is now cancelling gatherings of 50 or more people through May 10.

The Council of Bishops had requested the rescheduling of GC2020. Then the Minneapolis Convention Center canceled the venue. Conference organizers have postponed the 2020 General Conference.

March 18, 2020 — With the coronavirus disrupting lives worldwide, General Conference organizers determined they have no choice but to postpone The United Methodist Church’s top legislative assembly.

The Minneapolis Convention Center — scheduled to host the 2020 General Conference — announced it is now canceling gatherings of 50 or more people through May 10. The shutdown covers the first five days of the denomination’s 10-day meeting, which was set to draw 862 delegates, 66 bishops and others from four continents.

“This news is not unexpected based on the current guidance from health officials and we expect to move forward with new plans as quickly as possible,” Kim Simpson said in a statement. She is the chair of the Commission on the General Conference that plans the big meeting.

The commission’s executive committee, which met by teleconference March 18, decided the venue’s announcement meant that General Conference could no longer go forward May 5-15 as planned. However, commission members do not yet know how quickly they can announce new dates.

The convention center said it made its decision based on guidance from the Minnesota Department of Health “to protect the public’s health and slow the rate of transmission of COVID-19.”

“Each week, we will seek guidance from MDH on changes to this policy or in the end date,” the convention center added.

Before the convention center’s decision, the full Commission on the General Conference had scheduled a teleconference March 21 to consider a possible delay.

The Council of Bishops executive committee requested postponement March 13 in response to the life-threatening virus and increasing travel restrictions that might prevent nearly half of the delegates from reaching the U.S. About 43% of General Conference delegates come from Africa, Europe or the Philippines.

Bishop Bruce R. Ough, who leads the Minnesota and Dakotas conferences, is a member of the bishops’ executive committee and also has urged churches in his area to suspend in-person worship.

“I believe the safety of the delegates and the fairness of the conference’s legislative processes are paramount,” Ough said.

As of March 18, the virus had infected more than 200,000 people in at least 144 countries. More than 8,000 people have died of the disease. All 50 states in the U.S., including Minnesota, have coronavirus cases.

“The health and safety of participants, as well as their families and communities, is a primary concern. This includes our concern for the Minneapolis area,” General Conference organizers said in a joint email to UM News. The leaders include Simpson, the Rev. Gary Graves, General Conference secretary, and Sara Hotchkiss, business manager.

“We also want to do all that is within our power to ensure that all delegates are fully able to participate in the many important decisions we are currently facing as a church,” they said.

The convention center’s announcement means that the church will not incur significant financial penalties for the cancellation of the contract.

General Conference is not like a typical church meeting or worship service, some of which already have moved online because of the virus.

The 10-day international legislative meeting resembles a session of the U.S. Congress with elements of a United Nations general assembly.

Multiple interpreters work with hundreds of delegates throughout the gathering to translate proceedings. During the first week of General Conference, delegates meet simultaneously in different legislative committees — 14 were planned for this year. The delegates then come together to vote in plenary during the second week. All votes are by secret ballot, using secure voting devices of limited range. Many delegates come from countries where internet connections are unreliable, if available at all.

The logistics of General Conference involve obtaining hundreds of visas and reserving hotel rooms, flights and the venue needed for more than 1,000 people.

General Conference organizers and the bishops acknowledge the legislative assembly scheduled this year comes at a particularly sensitive time for the church. United Methodists have submitted multiple proposals to resolve the denomination’s longtime debate over homosexuality by splitting the denomination.

“We will be moving forward responsibly and that includes a number of complex matters that must be planned for,” General Conference organizers told UM News.