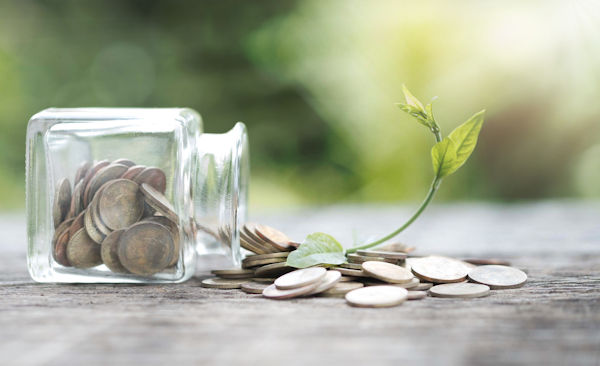 There’s an important piece of Design Team legislation coming to the floor of the 2017 Annual Conference on Saturday morning, June 3. Its title is JDC Report Items #6 and it is a comprehensive proposal of nine elements concerning Pension Benefits and Health Care for the new Michigan Conference.

As background, click here to see a copy of the JDC’s recommendation and the rationale behind it.

Because of the interest in these matters on the part of congregations, pastors and laity alike, MIConnect had a conversation this week with the Rev. Don Emmert, Benefits Officer for The Michigan Area.

Q: Who and what is the JDC?

A: The JDC, or Joint Distributing Committee, was elected by both Annual conferences in 2015 and then re-elected last year. The JDC will be on the nominations slate again in 2017. Members of both the Detroit and West Michigan conferences are on the committee, whose purpose is to create a plan–health care, disability and death benefit– for clergy and conference lay staff in the new Michigan Conference. JDC is also charged with how the plan will be funded. When a new Board of Pensions and Health Benefits begins serving in January, 2019, the JDC will no longer exist.

Q: What are the vision and values that have driven the work of JDC over these past two years?

A: Fundamental is our desire for healthy clergy and healthy churches. That’s worth stating. Further, we are committed to the new conference providing group health care for active and retired clergy. This is no longer a given for all annual conferences in the denomination. The JDC takes very seriously the responsibility to provide an affordable and sustainable plan that best meets the needs and desires of all involved … participants, local churches and annual conference. It’s a balancing act. We seek to honor long-established commitments to participants within the context of changing realities of affordability. Our work becomes a matter of doing no harm to any entity as we move forward. Health care is a prime example. Michigan’s two conferences currently implement different approaches to health care including funding methods and revenue streams. Each has significantly different reserve funding levels. Taking all that into account, we’ve worked for over a year to develop a viable compromise that’s reasonable to all as well as sustainable for the future.

Q: There are nine significant elements to this one proposal. Can you comment on the complexity of that?

A: The JDC presents this one motion as a comprehensive plan. That is, when you start amending one piece, there will be intended and unintended consequences. We urge members of the Annual Conference to approach this holistically, as one piece rather than nine pieces. Some things you may like better than other things. Tinkering with each piece is going to throw off the hoped-for balance of the plan. There’s a blend here among the aspects of pension and health benefits, focused mainly on the funding. Taken together, the nine elements create a total impact that is fair to participants and fiscally responsible. “How does it affect me?” is a reasonable question. If the Detroit and West Michigan conferences had exactly the same plan, funding levels, and reserves, the work of the JDC would have been simpler. When you drill down into specific areas, there can be as many as 20 categories to be considered. It is not as simple as participant and local church. Regarding health care, we are recommending a single blended premium rate for each local church (or salary paying unit); that’s what West Michigan has. And we are also recommending a three-tier contribution rate to participants; that’s what Detroit has. That’s just one example of how factors multiply and become a conglomerate. These are not binary choices that are before us. Across these nine elements, the JDC has worked to create an equitable increase for everyone. There’s give and take so that the same entities (participants or local churches) are not taking all the hits. If one does take a hit, they catch up in another area.

Q: What are the differences in the plans of the two annual conferences?

A: Most elements of the pension plan are the same for both conferences since we have a denominational plan. The biggest difference currently is the Past Service Rate (PSR) for pre-1982 years of service determined each year by annual conference action. We could propose two separate past service rates for retirees from their respective conference, but we have decided we don’t need to do that. It is possible to provide the same benefit without adverse effect since pre-1982 is fully funded in both conferences.

Historically, both Detroit and West Michigan conferences have been generous in areas where we can and the recommended post-retirement health care provision for the new Michigan Conference continues that tradition of generosity. At this point in time, the Detroit Conference has significant post-retirement reserves that enable a generous approach for all. When it comes to funding active health care and pension liabilities, local churches and participants in West Michigan Conference may see a net decrease. Churches and participants in the Detroit Conference should expect nominal and incremental increases that are primarily independent of the two conferences uniting.

Q: Same question from specific perspectives. How will pastors and churches in the Detroit Conference be affected by the JDC proposals?

A: Detroit has experienced only one health insurance premium increase over the last five years. However, it is not reasonable to expect this trend to continue indefinitely for a variety of reasons. Increases are coming. As far as the coverage, the JDC has not yet recommended the insurer the Michigan Conference will use, but coverage levels are expected to be similar. Congregations can anticipate similar or decreased cost for health care with the exception of churches whose pastor has a single policy. The change in the single blended rate will be offset by a four-year subsidy that is front-loaded heavily for the first few years. These churches will see up to a 100% increase, so that bridge will assist them to assume that additional liability. A third of the congregations, those with two-person policies, will break even. Churches paying for family coverage will see a substantial decrease. For churches whose pastor waives health coverage, there will be a connectional contribution to assist in funding the active group health care plan. This is currently the practice in West Michigan, but it will be new to Detroit

Q: And how will pastors and churches in the West Michigan Conference feel the effects of the JDC legislation?

A: West Michigan pastors can expect a decrease in participant cost-sharing. That will vary depending on his or her salary level and contingent on the policy enrolled (single person, two-person, or family). West Michigan churches, depending on where we are in 2019, may see a minor decrease in premium expenses. Also, West Michigan churches now pay $4,200 a year toward health care if their pastor waives coverage. This contribution to the connection is expected to decrease to around $1,800. Because the unfunded liability for post-retirement health care will be fully funded through reserve funds in the Michigan Conference, churches will no longer pay an annual contribution of $750. This is another example of utilizing our combined resources in the new conference for the benefit of all. Together, if we can relieve any area of expense, why would we not?

Q: Why should members of the 2017 Annual Conference vote for this?

A: That’s simple. Taken in its entirety, the motion creates the best overall impact for everyone involved. It provides a positive path for the new Michigan Conference. West Michigan and Detroit are likely the only annual conferences out of those looking to unite that are having this conversation. No other conference is blessed with the financial strength we have to do what we would like to do in order to follow our values. I think that’s key as we consider this upcoming vote. We are in a position to provide positive things for everyone. To that end the JDC has worked very hard to create this basic structure that balances the nine elements. I would like members to understand that while this recommendation appears to be financial, its foundation is spiritual.