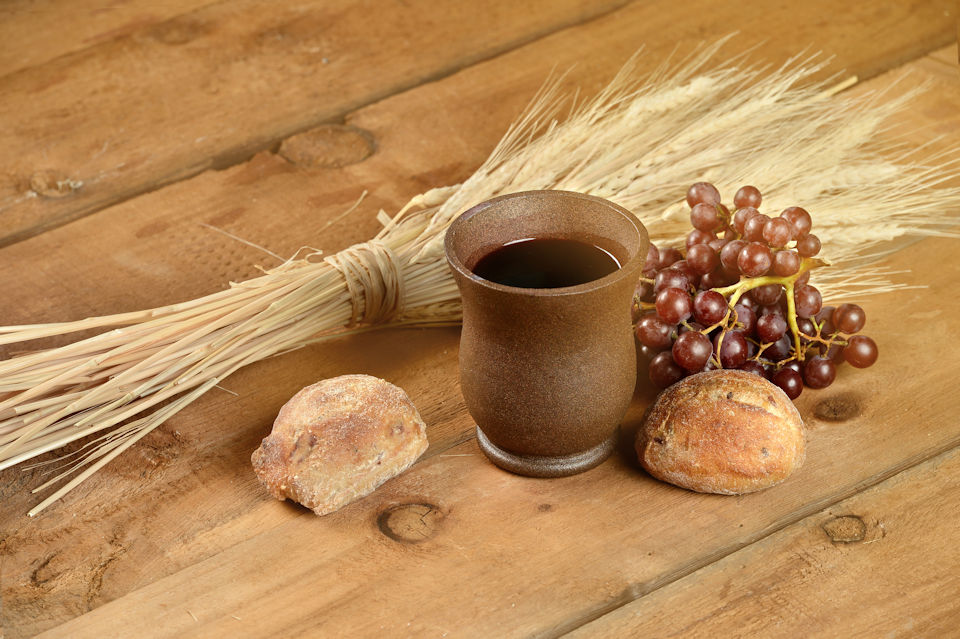 In this edition of, “Drinking the Cup,” the Rev. John Boley talks about the unity found in following the God of the temple and the tabernacle.

So out of the blue a few days ago, I received a package that looked like a book package. I knew that I hadn’t ordered anything recently – I’m trying to get rid of books. But there it was. Diane held the book envelope and told me that the package was from Dallas.

My first thought was – “Ugh, some General Conference lobbying stuff.”

But my thoughts changed as I opened the package and saw what was inside. There were two copies of a book by Stanley Copeland and Scott Gilliland, pastors at Lover’s Lane United Methodist Church in Dallas, called “Together: United Methodists of the Temple, Tabernacle and Table.”

The authors use great biblical images to convey their beliefs. The first is the image of the tabernacle from Exodus. The tabernacle was the dwelling place of God set up by the Hebrew people wandering in the wilderness. It was moveable and made of moveable materials. The tabernacle represents “God at God’s most free.” Free to move with God’s people. Free to call anywhere home. Free to be wherever God’s people are. The authors conclude that a wandering, searching, free God is a good thing.

The second image is that of the Temple from I Kings. The temple, unlike the tabernacle, was made of stone and was fixed in place. It was the dwelling place of God as the people became settled in Jerusalem. “The fixed temple is the same yesterday, today and forever.” Fixed in stone as the sacred place for a priestly nation. Fixed as the place Israel can finally call home. Fixed as an anchor where God could always be found.

The authors believe that both the tabernacle and the temple are valid realities for our understanding of God. They understand that there is TENSION between the understanding of these two realities, but that the tension is complementary, not contradictory.

You’ve figured it out by now – these two images represent different understandings of the interaction of LGBTQ persons with the life of the UMC – and that the United Methodist Church should be a both/and rather than an either/or – fitting with the intent and hope for the One Church Plan.  So ALL can receive Christ’s baptism, and ALL can be present at Christ’s Table.

One of the authors summarizes their thesis by stating:

“I believe United Methodists have a unique opportunity right now to speak loudly and clearly that divisions taking root in our culture and in our country will be uprooted in our church, and that we will find a way forward where everyone can follow the God of the tabernacle and temple together. While we may disagree, we can be united in the Good News of a Savior named Jesus Christ who we proclaim to a world in desperate need of redemption in every place where God’s temples may be found and where God’ tabernacles may go.”

Amen. I am thankful on this day before Thanksgiving that these authors see that the tension between the tabernacle and the temple is a good thing and that the United Methodist Church can be better in the future if it sees these points of tension as complementary rather than contradictory.