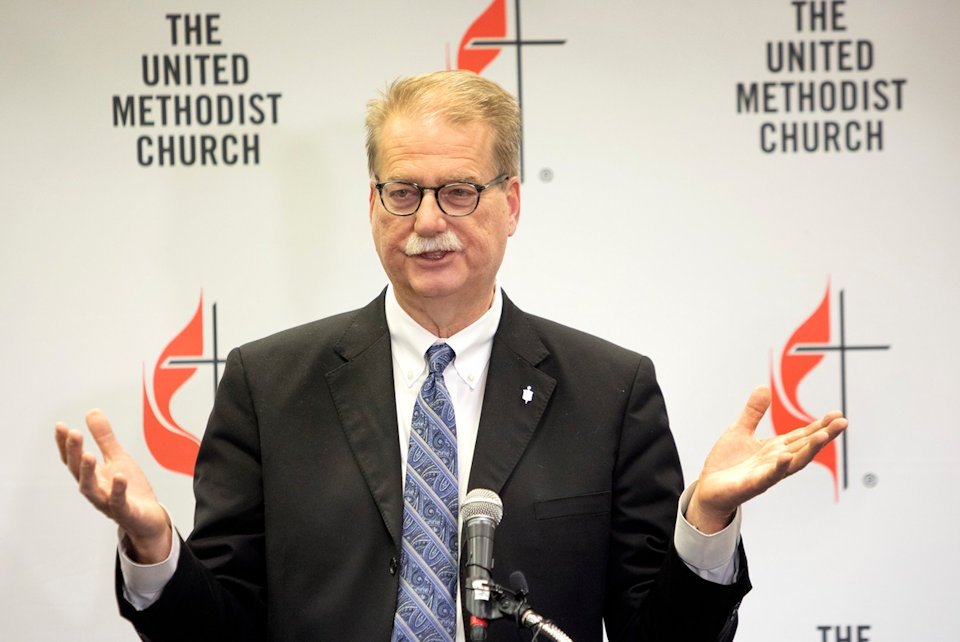 Bishop Kenneth H. Carter speaks to the news media after adjournment of the 2019 General Conference in St. Louis. In a March 1 webinar for the Florida Conference, Carter said, “Our interest is in the healing of the church.” He now responds to news from the New York Times released March 14. ~ umns/photo/Kathleen Barry

In response to the New York Times article alleging that improper voting occurred at recent Special Session of General Conference, the Council of Bishops has issued the following statement by its President, Kenneth H. Carter, Jr.:

“The Council of Bishops has always worked to help the delegates to do their best work, as the legislative body of the church. This means being a voice for fairness. The Council does not plan, host or oversee the General Conference.  We are not casting blame on a region of the world or a part of the body of Christ.  In honoring the sacrificial gifts of the delegates to the Special Session, the preparatory work of the Commission on a Way Forward, and the importance of the Special Session’s stated purpose, we do have an absolute and unwavering desire for transparency and the truth in discovering what has taken place in the special session of the General Conference.”

The Executive Committee of the Commission on General Council adds, “The Executive Committee is looking into a question that ineligible persons may have received credentials to vote during the Special Session of the General Conference. The Secretary of the General Conference, the Rev. Gary W. Graves, recently became aware of the concerns after receiving an inquiry about the registration and credentialing process.

Duncan McMillan, chair of the Commission on General Conference, said the executive committee of the Commission is considering next steps and recommendations to the full Commission. “We are committed to working to strengthen the credentialing process,” said McMillan.

The parliamentarian who served at the Special Session is being consulted regarding any potential impact this situation may have on the legislative action which resulted in the substitution of the minority report for the legislative committee’s report in the processing of petition 90066 since the vote to substitute was a two-vote difference of 402-400. The Council of Bishops has requested a declaratory decision from the Judicial Council regarding constitutionality of this petition.