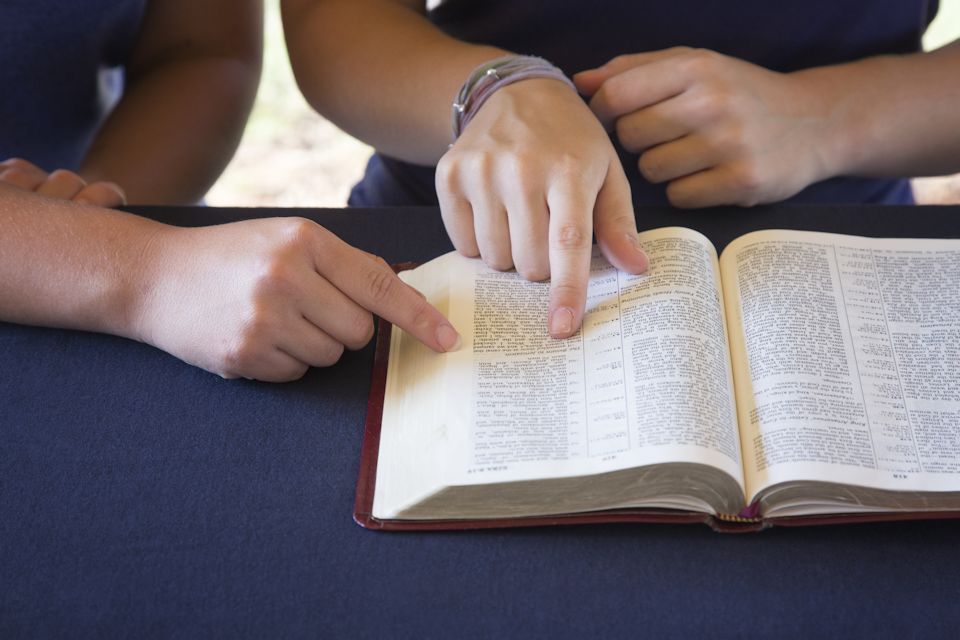 The New Revised Standard Version of the Bible is getting its first update since 1989. The NRSVue is meant for the mainstream audience as well as scholars.

Is it important that the skin disease Jesus healed people from wasn’t leprosy as we know it today?

Does it matter whether John the Baptist said he was not fit to untie the “thong” of Jesus’ sandals or the “strap?”

Should a verse in Isaiah be changed from the poetic “wild grapes” to the more accurate “rotten grapes,” even though it is less pleasing to the ear? 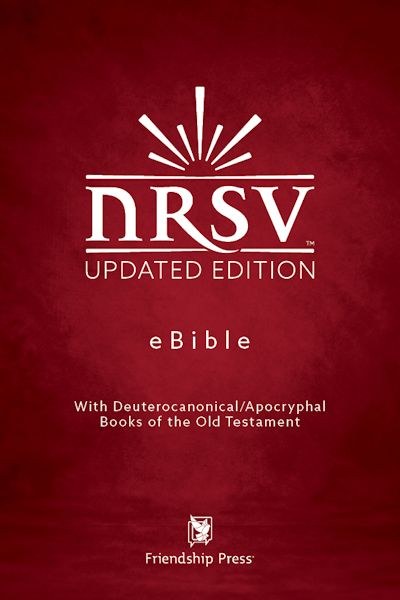 The answer to all three questions is “yes,” say scholars who worked on the 2021 update to one of the most popular Bible translations, the “New Revised Standard Version Updated Edition Bible,” published by Friendship Press. The National Council of Churches, of which The United Methodist Church is a member, holds the copyright on the translation, which was last updated in 1989. The Rev. Joseph Crockett, a United Methodist, is the CEO and publisher at Friendship Press.

So how can there not be leprosy in the Bible?

“It’s become clear that what we call today ‘leprosy,’ Hansen’s Disease, apparently did not exist in the Mediterranean basin in the second millennium, first millennium B.C., or even around A.D. times,” said Michael W. Holmes, who was an editor of the New Testament in the “NRSVue.”

“So there’s one case where our understanding of the term was changed by modern medical research,” said Holmes, the University Professor of Biblical Studies and Early Christianity, Emeritus, at Bethel University.

So, in the “NRSVue,” Leviticus 13:9 says “defiling skin disease” instead of “leprosy.”

The change of “thong” to “strap” in the John the Baptist verse was done because “thong” in English has come to primarily refer to underwear. And even though “wild grapes” rolls off the tongue better than “rotten grapes,” it was changed to be more accurate.

The “NRSVue” makes about 12,000 substantive edits and 20,000 total changes in the Bible translation, which includes alterations in grammar and punctuation, according to Friendship Press. It is an update, not a new translation, which would be a more extensive project.

“It’s an update to the translation so that they could take care of things like making sure the grammar, tenses, and punctuation are correct,” said the Rev. Jean Hawxhurst, ecumenical staff officer for the United Methodist Council of Bishops. “And things like capitalizing Jewish holidays when that’s appropriate. … Then there’s this other category of the updates that are philological, that have more to do with the meaning of words and how they change over time.”

Those changes include substituting “enslaved person” for “slaves,” so as not to define someone as only that.

The “NRSVue,” done in partnership by the NCC and Society of Biblical Literature, is intended for a mainstream audience, but also scholars. If the reception is the same as the 1989 version, it will be more popular among mainline than evangelical churches, Holmes said. It’s approved for Protestant, Anglican, Roman Catholic, and Eastern Orthodox churches.

Most of the work was done using Zoom, partially due to the coronavirus threat but mainly because it was more convenient, said Ronald Hendel, the Norma and Sam Dabby Professor of Hebrew Bible and Jewish Studies at the University of California, Berkeley. He was one of the editors of the Old Testament portion of the updated Bible.

“General editors would discuss changes that were proposed by the book editors, and we decided to accept their proposal or reject their proposal or change it,” he said. “So it went through a couple of layers of vetting. But it was fun because these are all specialists and we love to talk about this stuff.”

The Dead Sea Scrolls, discovered 1946-56 in what was then Jordan, are still in the process of being incorporated in Bible translations, Hendel said.

“They started to be incorporated in the ‘NRSVue’ in the 1980s, but there were hundreds of fragments just for the Biblical scrolls, and there are non-Biblical scrolls from the Dead Sea Scrolls also,” Hendel said.

This took years to sort, so there are updates from the Dead Sea Scrolls in the “NRSVue.”

The updates don’t include new interpretations of Bible verses that speak to homosexuality, because the task at hand wasn’t to interpret but to make sure the words, punctuation, etc., were as accurate as possible. Interpreting the Bible falls to theologians, not the scholars who worked on the “NRSVue.”

“This is not about the political winds changing course and somebody wanting a more conservative or more liberal (Bible),” Hendel said. “You end up with something that’s an improvement on the original. But you know, some of our decisions were probably wrong. So people will have to fix those in the next go around.”