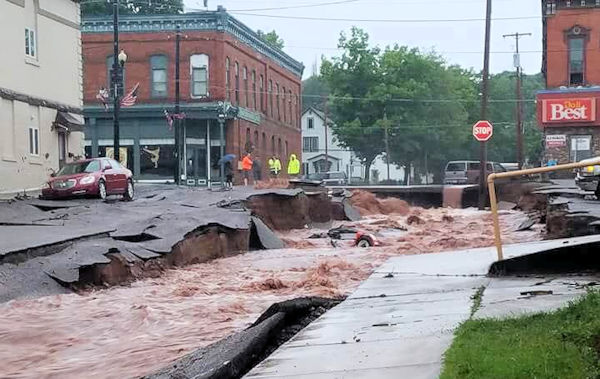 Here’s how to help those whose lives are in upheaval after flooding in the Houghton and Hancock area.

Last weekend the Houghton-Hancock area in the Keweenaw Peninsula received between 8 and 11 inches of rain in less than 12 hours. The hilly terrain exacerbated the drainage process and caused extreme flash flooding. Tom Weber of the Michigan State Police and Department of Homeland Security described the event as “Dramatic Infrastructure Destruction.” Most roads have significant damage. Highway 41 is now passable but some sections are one lane.

The current rough estimate is that 100 to 200 homes have been impacted. Team Rubicon is helping with the home assessment and there should be a better estimate by the end of the day Wednesday, June 20, as to clean-up and repairs needed. 150 UMCOR Cleaning Buckets are on their way north.

Scott Lindenberg, pastor of Hancock: First United Methodist Church, is serving as the Michigan Conference eyes and ears on the ground in Houghton and will help with local needs and information sharing as available.

Marquette District United Methodist Disaster Response Coordinator Terri Branstrom would appreciate hearing from those in flooded areas so she can help with needs assessment. Call her home at 906-786-8334 or her cell, 906-280-2993; email: tlbran@hotmail.com.

The Marquette District Office reported on Monday, June 18, that United Methodist churches and parsonages in the Copper Country suffered little or no damage due to the unprecedented flooding. They include Houghton, Hancock, Lake Linden, Calumet, Mohawk-Ahmeek and Painesdale. Churches in the Ironwood and Wakefield area, which was also flooded earlier in the weekend, were mostly undamaged. 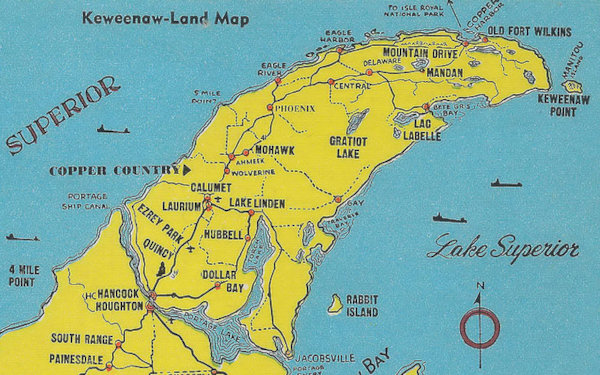