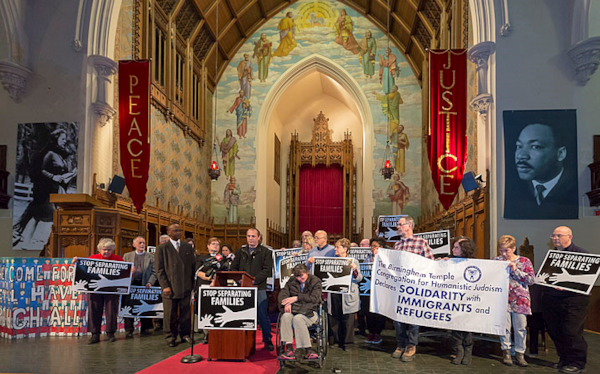 On January 17 an immigrant family took sanctuary at Detroit: Central United Methodist Church. From Albania, the husband is threatened with deportation; he is the main caregiver for his wife, who has multiple sclerosis. The family will live at the church indefinitely.

“Saying they answer to a higher law, Central United Methodist Church, a historic Protestant congregation in Detroit, said Tuesday {January 17] that it is taking in an undocumented Albanian immigrant whom the U.S. government wants to deport next week.

“It’s the first time a church in metro Detroit has announced that it is taking in an immigrant wanted by ICE for deportation since President Donald Trump took office, advocates say.”