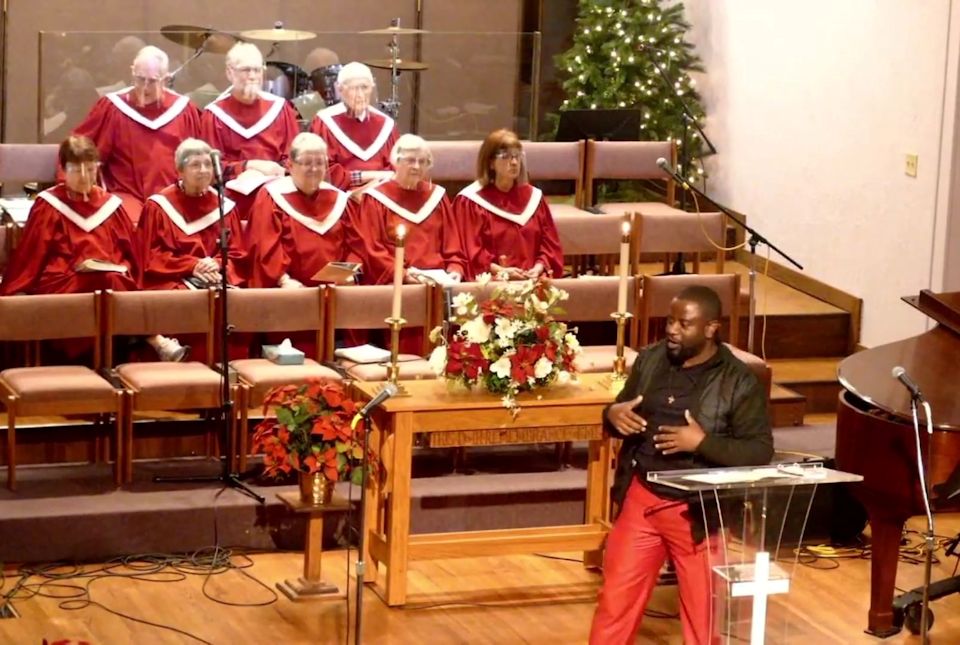 “Recently, the Bishop and Cabinet have become more intentional about addressing the nuances of cross-racial, cross-cultural appointments,” says the Rev. Dr. Jerome DeVine. These Michigan pastors reflect on their experiences.

“…and everyone heard in their own language.”  Acts 2:6

“In their hearts, congregations would love to be more welcoming and inclusive,” says the Rev. Pam Harkema, “but when it comes to actually doing it, it becomes more difficult.” Pam is the pastor of the Oscoda United Methodist Church and the Oscoda Indian Mission. As a white pastor, she has experienced the joys and the struggles of cross-cultural appointments. “Part of the problem is we white European Americans are almost entirely monolingual. We are so steeped in our own culture and language it is hard to really value and appreciate other traditions and experiences.”

Michigan Methodism has a history of cross-racial and cross-cultural pastoral appointments, currently represented by about 60 settings. “Recently, the Bishop and Cabinet have become more intentional about addressing the nuances of these appointments,” says Jerry DeVine, Dean of the Cabinet and Superintendent of the Mid-Michigan District. “We have taken both an active and a listening stance, seeking to come alongside clergy and congregations to encourage them in their shared ministry.” In addition, the Cabinet has dedicated itself to deeper learning about anti-racism in addressing the factors involved in breaking down barriers and building bridges.

“In their hearts, congregations would love to be more welcoming and inclusive, but when it comes to actually doing it, it becomes more difficult.” ~ Rev. Pam Harkema

Since the majority of United Methodist congregations in Michigan are predominantly white, a cross-racial appointment frequently involves assigning pastors of color to white congregations. The Rev. Dr. Anthony Hood is the first African American to serve First UMC in Farmington, MI. He celebrates the fact that the Farmington Church “has a vision of being a multi-generational, multi-cultural community of faith and we are walking into it because this is what it will mean to grow in this community.”

The Rev. Paul Hahm is the Senior Pastor at Orchard UMC in Farmington Hills, MI. Though raised in the USA and fully “American,” his Korean identity is important to him. Hahm says, “Sometimes people mean well in what they say, but it still underscores the “otherness”—for example, the comment, ‘Oh, you speak English so well,” even though English is my first language.” Hood expressed the same feeling when he said, “The congregation intends to be welcoming when they call me “Pastor Anthony” or just “Anthony,” but in my experience, I was usually called “Rev. Hood” or “Dr. Hood.” Sometimes seemingly little things can represent deeper issues and create misunderstanding.”

Sometimes white congregations attempt to be “color blind” with comments like, “Well, I don’t really see you as black.” In response, the Rev. Janet Gaston Petty said, “If you don’t see me as black you don’t really see me. I need you to see me and appreciate me for who I am.”

For Korean pastors, Hahm acknowledges the profound difference in the way the pastor is viewed in the traditional Korean Church.  “Korean society and Korean churches are quite hierarchical, so the pastor is revered and held in high regard. For Korean pastors coming into the more democratic style of the American congregation, where the pastor is seen as one with the lay leadership, this can be a significant issue.”

The Rev. Eric Nduwa Mulanda serves as the pastor at Mt. Hope UMC in Lansing. Ordained in the United Methodist Church in Congo and trained at Africa University, he came to Lansing as the associate pastor at Mt. Hope with the Rev. Rob Cook. When Cook was appointed to another church, the congregation requested Mulanda be appointed as the Senior Pastor. He has developed ministries for both the white population and the emerging African immigrant community, which itself is quite varied in traditions, national origins, and languages representing the diversity of the African diaspora.

In Michigan, pastors for whom English is a second language—from Africa, Latin America, Korea, and Vietnam, for example—face a crucial issue with language. “Since Michigan congregations seldom deal with diverse languages,” says Harkema, “our ears are not attuned to listening to different accents.” The Rev. Anna Moon and the Committee on Asian American Ministry have been offering linguistic training for Korean pastors and guidance for congregations. For example, the use of tools like pre-printed sermons can help overcome the linguistic differences as the congregation learns new ways of listening and the pastor’s command of English evolves.

“When they fill out the advisory for the Cabinet, every pastor and every congregation will say they are open to these appointments. However, it’s one thing to be open and it’s another thing to be prepared.” ~ Rev. Dr. Anthony Hood

In attempting to address these issues, Hood recommends more consistent preparation for pastors and congregations regarding cross-racial and cross-cultural appointments. “When they fill out the advisory for the Cabinet,” he says, “every pastor and every congregation will say they are open to these appointments. However, it’s one thing to be open and it’s another thing to be prepared.”

Culture, language, ethnicity, and national backgrounds all play a role in the relationship between pastor and congregation as we seek to be a more inclusive church, more fully representative of the Body of Christ. On the day of Pentecost, Luke records people of different nationalities and languages heard the message of the Gospel “in their own tongue.” Whether it was the gift of tongues or the gift of ears, the gift of speaking or of hearing, the Holy Spirit enabled them to build a diverse community in the name of Christ.  Today, our cross-racial and cross-cultural appointments seek to bring that day of Pentecost a bit closer here in Michigan.