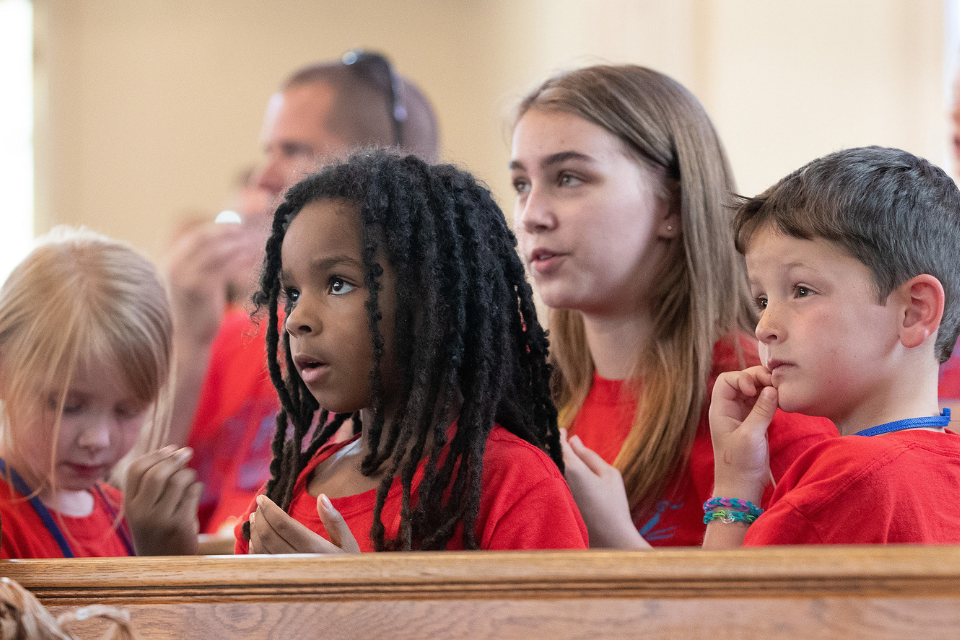 Rev. Margie Crawford encourages us to listen to the words of children in how they see the world and describe their faith.

Last week I watched a video that brought me joy and laughter. It was with a seven-year-old boy named Tariq. Tariq lives in South Dakota and loves corn. Rather than me describing the video, please take a moment to watch it by clicking this link. Tariq describes corn in a new way. I only heard about the video after it went viral, and Tariq was made the corn-bassador of South Dakota.

His interview was a bright spot for me, as the news this past week has been anything but. On Saturday, I watched Fiona’s path as the storm developed into a hurricane and devastated the island of Puerto Rico. I also learned of major storms which hit Alaska and Japan. There was an earthquake in Taiwan, and someone captured the collapse of a gym roof on film as people narrowly escaped the debris.

So, I needed a child to tell me how much he liked corn.

When I was an audiologist, many of my patients were children. Before the hearing tests began, we would have a brief conversation with them, building rapport, as we called it, so they wouldn’t be nervous when we put the headphones on or did other measures. The conversations were usually delightful and always enlightening. The children chose the topics. It could be their favorite cartoon, action hero, snack, or what they learned in school or church.

Each Sunday morning, when possible, children are invited to a special time in the service where they can share their own witness of how God is moving and shaping our lives. They may be invited to recount the story of creation, the animals that might’ve been housed in the ark, what happened with baby Moses, or other events. When asked an open-ended question, the children are often prompted to say that Jesus is the answer.

There are also special Sundays when we invite children to tell the stories they have learned. Sometimes it’s reenacting what they experienced in vacation Bible School. Or it’s the annual Christmas pageant, which is supposed to follow a script but hardly ever does. I am always moved when first and second graders lead The Lord’s Prayer for the first time.

I realize that not every faith community has children in attendance. There are videos available that chronicle how children relate to the world around them. While I watched Tariq’s video, I also found several recordings on how children describe God, heaven, and some of the Bible stories they were taught. I invite each of you to seek ways to share our children’s stories whenever and however we can. Seeing the world through children’s eyes can bring new light and life to ours. Amen.