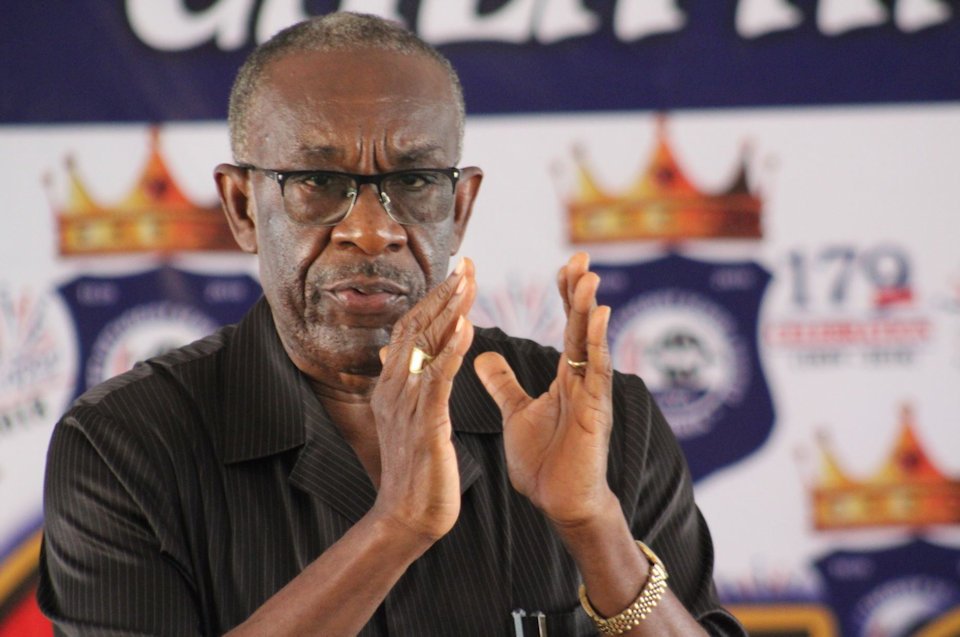 Dr. Albert B. Coleman serves as the interim president of United Methodist University of Liberia (UMU). The school is relocating to build facilities "to be a 21st century institution of higher learning." according to Bishop Samue Quire. ~ Facebook photo/UMU

The government of Liberia donated more than $10,000 to United Methodist University of Liberia’s #GivingTuesday campaign to expand the school.

The National Legislature of Liberia on 27th November 2018 donated over $10,000 United States dollars to the #GivingTuesday program of the United Methodist University of Liberia (UMU). “We want to see this university relocated to its proposed site where education will be provided for the Liberian people in a more conducive environment,” Hon. Johnson N. Gwaikolo said. Representing the lawmakers, the former UMU president said moving the university has been his long-standing dream even while he was serving the university.

Gwaikolo pointed out that he will lobby with his colleagues on capitol hill to ensure that the national government commits some funds to the UMU relocation project. “As chairman on education at the House of Representatives, I will knock on the doors of every relevant authority to make sure that this undertaking by the United Methodist Church gets the required support.” He said the $10,000 was the national legislature’s initial contribution to the UMU Relocation Project which is referred to as the “Liberia Project” in the United Methodist Church Advance Asking document. “The facilities in Monrovia cannot hold the student population any longer,” he concluded.

For his part, the Resident Bishop of the United Methodist Church in Liberia, Rev. Dr. Samuel J. Quire, Jr. said plan to relocate the university is long overdue and that immediate actions on the part of the university authorities to set the plan in motion was required. “I want the next commencement convocation to be hosted on the grounds of the new site of the university,” he asserted.