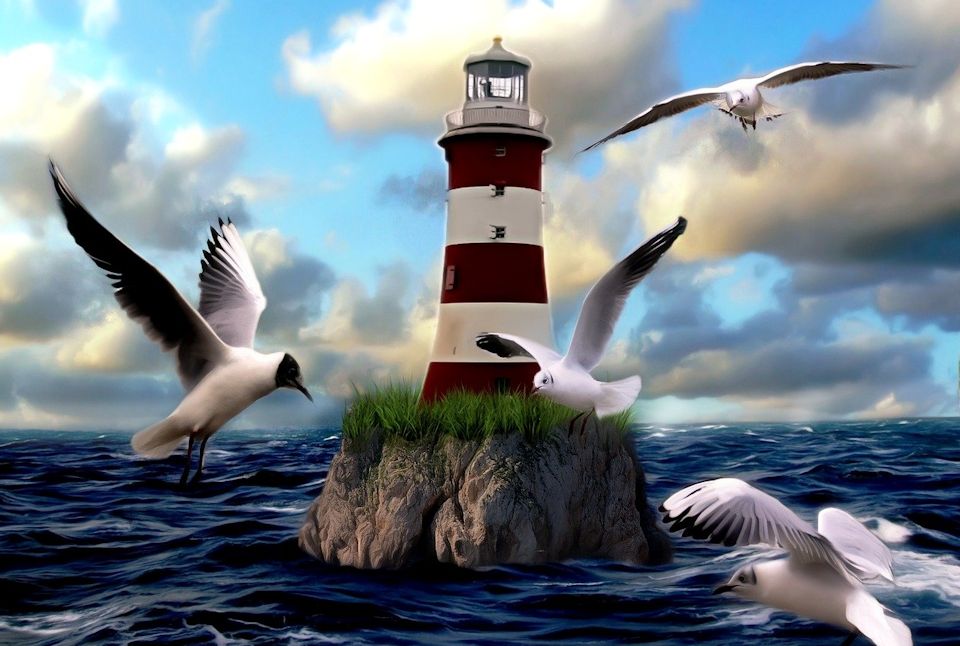 ~ Image by Kalhh from Pixabay

Ryan Dunn tells the story of John Wesley’s voyage with the Moravians and what they taught him about faith and dealing with fear.

What scares you? Spiders? Heights? Flying? Disappointing your mother?

Those are common fears.

According to a 2019 Chapman University survey, more than 77 percent of Americans fear corrupt government officials. That is our top fear. Sixty-eight percent of us fear pollution of oceans, rivers, and lakes. Coming in third place on our list of fears is “loved ones getting ill.” (I wonder what it would say today?)

Sometimes being afraid keeps us from action. Other times, being afraid can move us into action. Often, the difference between a paralyzing fear and a motivating fear is knowing what to do with our fear.

Faith gives us a place to take our fear.

In 1736, John Wesley began a missionary journey to America. While making passage from England to North America, a severe storm struck his ship. The sail was torn apart and water began streaming below deck. Many of Wesley’s English compatriots (and maybe Wesley himself) began screaming and cowering.

A group of Moravians missionaries, meanwhile, settled themselves in prayer and singing hymns.

Wesley recorded some details in his journal:

“In the midst of the Psalm wherewith their service began, the sea broke over, split the main-sail in pieces, covered the ship and poured in between the decks, as if the great deep had already swallowed us up. A terrible screaming began among the English. The Germans [the Moravians] calmly sung on. I asked one of them afterwards; ‘Were you not afraid?’ He answered, ‘I thank God, no.’ I asked: ‘But were not your women and children afraid?’ He replied mildly: ‘No, our women and children are not afraid to die.’”

1 John 4:18 details for us that those who are confident in God’s love have nothing to fear of God: “There is no fear in love, but perfect love casts out fear; for fear has to do with punishment, and whoever fears has not reached perfection in love.”

This verse doesn’t mean that love casts out every single fear we have in life. Our fear of spiders or corrupt politicians is likely unaffected by the love of God. Instead, we have nothing to fear from God. And that knowledge is emboldening, for we believe that in all things God has the final say.

That knowledge gave the Moravians peace during the storm. They were no more confident than the rest of the passengers that no harm would befall them. They certainly could be sunk. But they weren’t afraid that such a terrible event would separate them from the love of God. They felt assured of God’s love.

Once ashore, Wesley asked the Moravian minister what he may do to have such faith. Rev. Spangenberger’s reply was a question: “Do you know Jesus Christ?”

It was a biting question: not just about whether Wesley knew of Jesus, but whether or not Wesley really trusted Jesus. Did Wesley ultimately trust in God’s redeeming love through Jesus? At the time, Wesley felt the answer was “no.” And his reaction of fear while onboard haunted him.

The Moravians displayed that they did trust. They trusted that God’s love would have final say.

The difference in reactions to the storm was one faith. Wesley and his compatriots became paralyzed and hysterical because they didn’t know where to take their fears. The Moravians knew to take their fear to their faith.

This knowledge and assurance is what enabled world-changers like Rev. Dr. Martin Luther King Jr. and Oscar Romero to continue their works of justice in spite of fears of harm. It is the same kind of assurance that enables missionaries to step into harm’s way or into unknown situations in hopes of extending love to others. It’s the assurance that allows today’s prophets to speak truth to power in spite of a fear of reprisal.

They all have fears, but taking their fears to faith allows them to believe what they fear will not have the final word. God’s love will.

We certainly have much to fear today: from spiders, to communicable illnesses and systemic racism.

How do we begin taking our fear towards faith?

Tradition often provides the words when we don’t have any. The Moravians onboard Wesley’s ship in 1736 recognized this—as they reacted to their fear using the words of hymns and Psalms. Perhaps they were reciting Psalm 27 together:

Perhaps they sang words similar to the 1876 hymn, “It Is Well with My Soul”, which was also written in response to maritime tragedy:

Whatever my lot, Thou hast taught me to know
It is well, it is well, with my soul.

Leaning into tradition reminds us that the path we are on has been trodden before. Others walked in the shadows of fear as we do today.

I wish I could write that faith means we have nothing to fear from spiders or systemic racism. I can’t in good conscience do that. Those things are harmful and might be best avoided (spiders) or stomped out (racism).

What I can suggest is that faith gives us a harbor for our fears: a means for tucking them behind the assurance of God’s love that promises to have the final say. It is an assurance that goodness is real and present in the world. That we have nothing to fear from God, and God’s love will in time make all things whole.