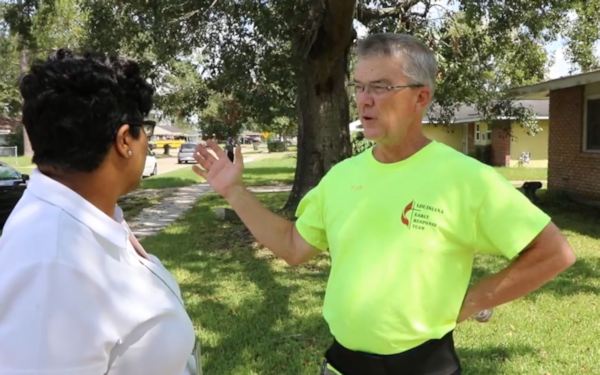 As many reel from Hurricane Irma, a Louisiana responder, Rev. Bob Deich, describes serving others after disaster hits. “I can’t stop it now, but I can come along beside people.” ~Louisiana Conference/ Todd Rossnagel

The Rev. Bob Deich describes his work as leader of the Early Response Team for the Louisiana Conference.

Today Bob is a pastor and the head of the Louisiana Conference Early Response Team. He remembers an earlier time: “I was in third grade, and Hurricane Betsy came through New Orleans. I’m a kid from west Texas, we didn’t have hurricanes out in Odessa. And I know what it was like to hunker down in that closet with my brother and sister and mom, while the roof came off and the water came down the walls.”

Now Bob goes to the scene of disaster because, “maybe there’ll be a, third grade little boy somewhere out there. I don’t know. But there’s some people out there that know what it’s like to hunker down in a hallway.”

Watch a video and read more.